Home > Articles > Astrology > When Will You Find Love?

So many clients who are unattached and yearning ask the old question, “When will I find love?” It’s actually a good astrological question, and can be seen in Western astrology by many different patterns. Let’s look at some of them. Of course, the most obvious item to focus upon is Venus, the planet of love. (For “progressed”, think secondary or solar arc.) VENUS Progressed Venus conjunct Natal Sun (or vice versa, Progressed Sun conjunct Natal Venus) is usually the best indicator of a year when the universe throws open the doors and love walks into your life, and when you would draw another to you who has affectionate feelings for you. This is a time in life when you would not be meant to be alone. However, the love object may not be a romantic or permanent one. My case studies reveal that, in one instance, this pattern identified the period that a child was adopted by a never-married single parent (the child being the true soul mate ), and in another, the pattern pointed to a love affair that put the final nail in a disintegrating marriage and set the individual upon an important life path…but did not result in marriage. In the former situation, the mother also had Progressed Venus entering H7 (another obvious prognosticator) and conjuncting the Natal Part of Fortune therein, and in the latter, the relationship could be seen in retrospect as an important soul agreement though not meant to result in permanence. Progressed Venus conjunct Progressed Sun (or vice versa, Progressed Sun conjunct Progressed Venus) is very similar in nature, as would be Progressed Venus conjunct ruler of H7. In the latter case, the nature of the planet acting as ruler would greatly influence the type of relationship formed. For example, if Saturn, possibly an older or serious partner; if Mercury, a younger or friendly type. 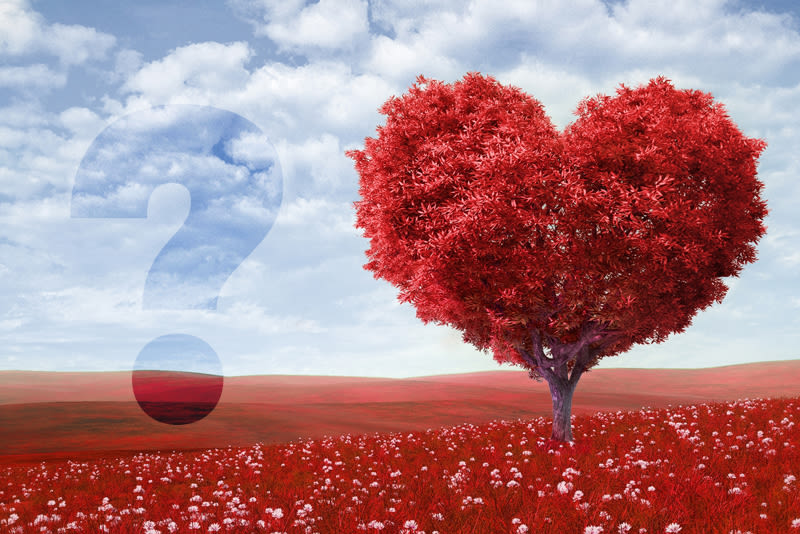 Likewise, Progressed Venus conjunct Sun/ or Moon/Descendant midpoint, Progressed Sun conjunct Venus/Descendant midpoint, or Progressed Ascendant or Descendant conjunct Sun/ Venus midpoint would also be good indicators of a period in the life-clock during which a loved one might appear. (My observation is that this quest for love isn’t really just about romance, because that’s not always lasting. The real issue seems to be about permanence in love – that is, marriage or a long-lasting relationship – so I’ll focus upon H7 rather than H5.)

Conversely, Progressed Sun conjunct Venus/Ascendant midpoint might signal a love relationship (depending on the rulerships of the Sun or Venus), but might just as easily indicate a period of comfort, self-love and personal beautification. For those who work with declinations, similar indicators would also been seen by Sun/Venus, Venus/Ascendant or Venus/MC parallels.

Of course, should any of these delightful aspects occur at a very young age, their benefits will be pretty much wasted in terms of longterm attachments, but there are stories of youngsters bonding with a friend or neighbor who later becomes their true love…or at least their lifelong buddy.

A Venusian progression to itself – that is, Progressed Venus conjunct Natal Venus – can only occur when the Natal Venus is retrograde at birth, and then turns direct during the lifetime, or when a Natal (direct) Venus turns retrograde. And since Venus’ retrograde lasts about 43 days (thus, 43 years by progression), being born closest to its stationing would best ensure enough time for this return to occur. Such a period will emphasize the nature of Venus’ natal significance at the same time that it brings its Venusian qualities to the forefront. If natally well-aspected, happiness can be brought forward; if afflicted, financial, romantic, or indulgency problems can be emphasized.

A Progressed Venus in major aspect to Natal Neptune is frequently found at times of romantic events such as weddings, but tends to glamorize the emotions and cloud the reality of the relationship. Such unions will face greater-than-usual trials regarding the longevity of the marriage, but can certainly survive the progression if an effort is made after its passage to deal with the less-than-ideal characteristics of the partner that would then be revealed. Then there are indicators for relationship that just generally emphasize its potential, such as Progressed Moon into Libra or H7, or Progressed planets into H7, or even the Involvement of the Vertex when found in H7. (The Vertex, normally found in Houses 5-8, by my observation works as a fulcrum around which key events are shaped; thus, if in H7, key partnerships will be accented when the Vertex is activated.) If the natal chart has planets in H7, progressions or outer planet transits to them will certainly accentuate relationships (but such horoscopes will always be dealing with partners – or consequences of the lack thereof – as that was part of the life plan). Venus-Moon patterns often result in an individual’s general contentment, but do not necessarily show romantic involvement; sometimes they signal the birth of children.

In regards to harmony in a relationship once formed, look to one partner’s Progressed Venus tracking another’s Progressed Sun, and vice versa, or both Progressed Venuses tracking each other (a situation not always shown by conjunctions between comparative Venuses in the natal charts, since this occurrence will be determined by the age difference between the two individuals as well as their natal patterns). Of course, the topic of synastry is a separate one, to be applied after a relationship has been formed in order to analyze the positive and negative potential between the two horoscopes, and so does not fall into the parameters of this article.

LESS LIKELY TO BE PERMANENT

Finally, there are patterns that might spark love, but offer the least long-term assurance of permanence: Transiting outer planets conjunct Natal or Progressed Venus or ruler of H7 will play up the qualities of these planets, but can be unpleasant or fleeting just as easily as the opposite, depending upon the meaning of the transiting planet or the natal potential of the transited planet. For example, Uranus over Venus might lend an exciting but impermanent love experience while Saturn could be either restrictive or serious. Neptune would probably cause delusional fantasies about the partner or bring a weak or compromised person into one’s life whom one would wish to rescue. And Pluto, of course, would likely offer a powerfully transformative experience that could alter one’s approach to sex, love or money forever! Transiting outer planets into H7, on the other hand, would likely highlight the need to deal closely with others, but far less likely, the arrival of love.

Anyone who trusts in the truths of astrology should discard forever the fear that aging ruins your chances for love. It’s a myth. For example, I had a 70-year-old female client, an artist, who found a suitor when her Progressed Sun was sextile her Ascendant while her Progressed Venus was opposite her Moon, and his Progressed Venus was trine his Neptune, crossing his South Node. (The latter pattern shows a love-connection from prior lifetimes.) Once meant to occur (by any of these afore- mentioned patterns), the universe will go to great lengths to put two people together. People will meet “accidentally” or on distant trips to places they will never revisit, or will be introduced by a third party who will never again appear in either of their lives. Coincidence or synchronicity will abound, and the non-astrologer will remain amazed by such “luck,” whereas the astrologer will nod knowingly as the Divine Plan is revealed through cosmic mathematics.

When one of these patterns kicks into your chart, you’ll watch the door of love open wide in your heart. But it will be up to you to keep its flame kindled thereafter. One caveat, though: as I said before, Venus symbolizes love, not necessarily between two romantic partners. I have several examples in my files in which one of these patterns brought a soul-mate into the life in the form of a beloved child. Venus can also symbolize pleasure and financial wellbeing. The right match can even bring pleasant financial conditions along with love (such as marrying well), if the horoscope predisposes. But if the natal chart doesn’t do so, then positive Venusian aspects will bring other types of love (such as the above-mentioned never-married adopter whose difficult Natal Sagittarius Sun/Moon/Saturn t-square precluded marital possibilities in the incarnation).

(This article originally published in the February 2004 issue of Dell Horoscope magazine. Reprinted with permission.)

Judi Thomases, http://www.WisdomPath.com, member of the AFA and the National Council for Geocosmic Research, is an astrologer and spiritual consultant based in Rockland County, New York. A Phi Beta Kappa graduate of Douglass College, founder of a women’s spiritual network for meditation, teaching, and personal development, and director of an interdisciplinary self-development center, she is a regular contributor to Dell Horoscope magazine, and writes monthly columns of The Brotherhoods’ teachings. She has studied, counseled in, and written about metaphysics, astrology, and intuitive sciences for three decades. In 1997, Judi began to “hear” the voice of her spirit guides, who told her to expect a flow of teachings that she could use to help and heal others. These guides, the Brotherhood of Light Workers, transmitted “Wisdom’s Game” to her. http://www.WisdomsGame.com